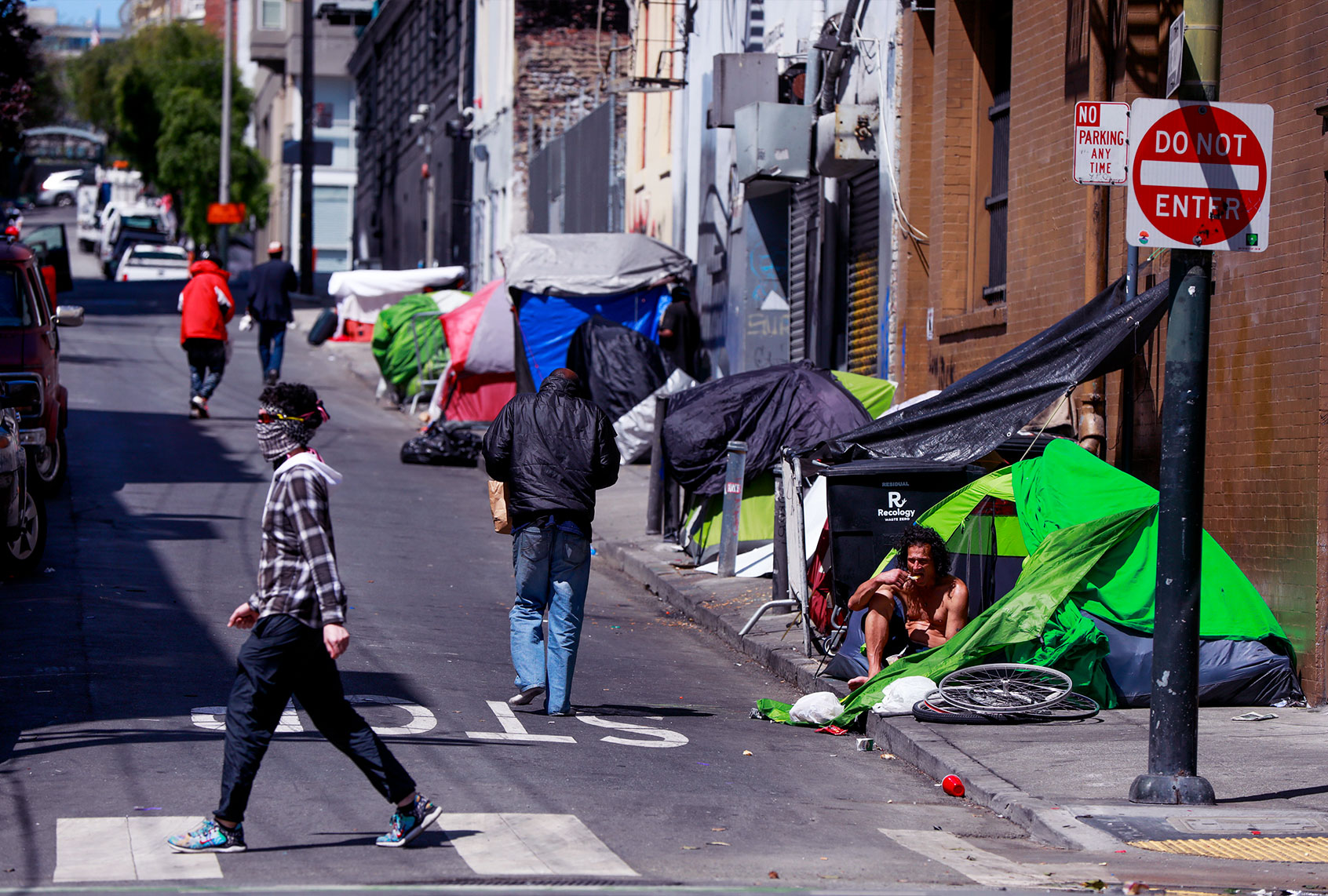 SAN FRANCISCO,  CALIF.— Over the last decade, San Francisco’s Pier 94 has undergone something of a renaissance. A hidden wetlands habitat that was once buried in heavy scrap metals and star thistle, environmentalists hailed this corner of the Bayview neighborhood as a restoration success story. The Golden Gate Audobon society helped transformed the pier into a haven for butterflies, birds and mammals. But once the coronavirus pandemic hit, Pier 94 became a spot for another kind of refuge: 120 recreational vehicles to house people who long called the streets home.
Tucked between cargo ships on the Bay and mounds of dirt near the railyard, the RV Park is part of California’s Project Room Key program, which aimed to open up 15,000 hotel rooms to the state’s homeless population when the pandemic took hold in March. As part of the initiative, the city of San Francisco acquired 120 recreational vehicles and trailers at the end of April to house homeless in the city’s Bayview and Hunters Point neighborhood, at a cost of $90,000 per unit. If there were ever a silver lining to the coronavirus pandemic, Gwendolyn Westbrook, who is the CEO of United Council of Human Services in San Francisco and advocated for securing the site, tells me it’s what’s happening at Pier 94.
“Without the pandemic we never would have got our RV camp,” Westbrook says. “People came here from sitting in chairs for the last 16 or 17 years to now being able to lay down and not have to worry; it’s amazing to see everything that this pandemic has changed, the good and the bad.”

The RV park, which is technically a transitional non-congregate shelter, is big enough to walk around by foot, but you can drive around the perimeter in a golf cart, which the staff does frequently. Dirt roads with street names have been created and are defined by the rows of trailers that each have an address, giving residents a neighborhood feeling. The difference in their quality of life, Westbrook notes, is physically visible from when they first arrived.
“You can see it in the face, the difference in the way they treat people,” Westbrook says. “You can tell they’re saying to themselves, ‘it’s an opportunity,’ you can tell by the way they look now versus the way they were looking when they were on the street.”
The RV park comes with a variety of amenities beyond a personal space. There’s a laundry department where residents can drop off their clothes to get washed twice a week. For those who arrived without clothes, site managers provide them. There’s an on-site medical team of three nurses and two doctors. Residents are fed three times a day; meals can either be delivered to their RVs, or they can get shuttled to a nearby cafeteria run by the  United Council of Human Services. Residents received 15-inch televisions and iPads upon arrival, too, in addition to vouchers to receive ID cards or driver’s licenses if needed. And despite the pandemic being incredibly isolating, residents here have found community through socially distanced town halls, opportunities to look for jobs, and a budding gardening group.
* * *
Resident Jerome Howard, 57, sits by empty planter boxes that will be filled with soil and seeds in the coming weeks, an apt metaphor for his own future. He wears a lanyard that shows his name, a photo of himself, and his Pier 94 address. He’s eager to tout how amazing the residence has been, and how he finally feels like he’s had the time and space to catch his breath after living ten years on San Francisco’s street, and lay the right foundation to find permanent housing and work again.
[Listen to the interview with Howard below.]

Like Trump, I was on monoclonal antibody drugs. This is what they do to you