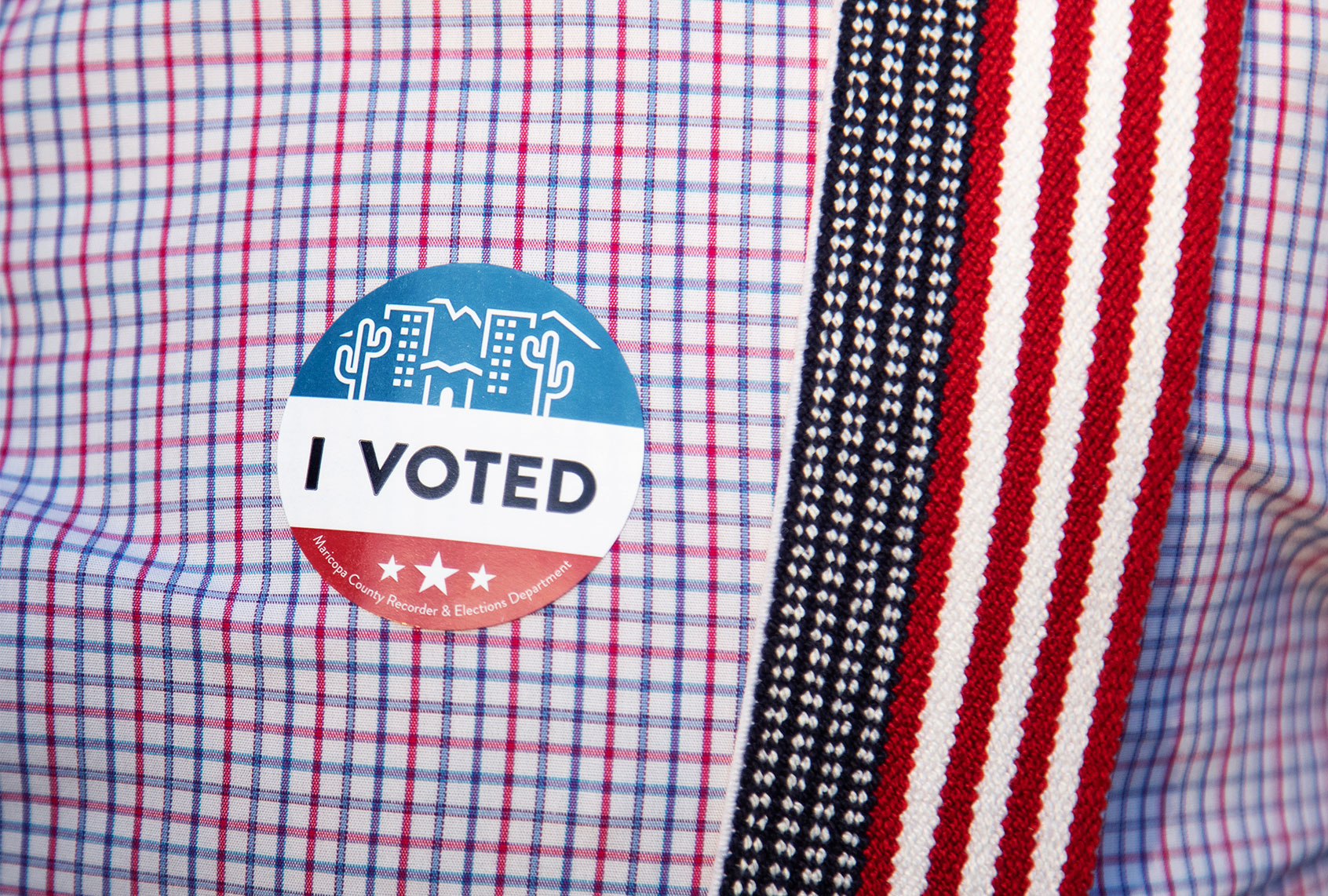 Arizona Attorney General Mark Brnovich refuted President Donald Trump’s baseless claims that the election was stolen from him, adding that the numbers show President-elect Joe Biden will carry the once deep red state.
Brnovich, a Republican, said Trump’s lawsuit in the state alleging that poll workers in Maricopa County did not follow protocols in letting voters fix ballot mistakes would not affect more than 200 votes.
“Even if it was possible that those votes flip — those 200 votes — I cannot think it will make a difference in Arizona just because of the numbers,” Brnovich told the Fox Business Network. “There is no evidence — there [are] no facts that will lead anyone to believe that the election results will change.”
Biden currently leads Trump by more than 11,000 votes in Arizona, which both the Associated Press and Fox News projected him to win on Election Day. With fewer than 50,000 votes left to count from primarily Biden-leaning counties, the Cook Political Report’s Dave Wasserman said there appeared to be “no path back” for Trump to win the state.
“It is mathematically possible that the president could win 65% of the (remaining) votes,” Brnovich said. “But — I’m just saying — if you talk to political people, pollsters, mathematicians, statisticians, they’ll say that based on the trend line, that’s not likely to happen.”
Brnovich pointed out that Republicans held on to the state legislature and won key local races in Maricopa County, where Biden leads Trump.
“In Arizona, there was a prediction that the Legislature would flip; it didn’t. There was some congressional districts that supposedly leaned Democratic; they didn’t flip. The county recorder here — oversees elections — went from Democrat to Republican. The county attorney remained Republican,” Brnovich said. “If, indeed, there was some great conspiracy, it apparently didn’t work, since the county election official who is a Democrat lost and other Republicans won.”
Brnovich said that there was no evidence that voters rejected Republicans — only Trump and Sen. Martha McSally, R-Ariz., who previously lost her race for the Senate in 2018 before being appointed to fill the late Sen. John McCain’s seat.
“What really happened . . . was people split their ticket. People voted for Republicans down-ballot, but they didn’t vote for President Trump or Martha McSally. That’s the reality,” he said. “Just because that happened doesn’t mean it’s fraud.”
The attorney general added that Republicans should respect the “rule of law.”
“There was a time not that long ago — we, as Republicans, talked about [how] we need to make sure the rule of law means something,” he said. “To me, the rule of law is about having consistency and certainty in the application of law. We know what the rules are — and those rules stay the same, and they apply to everyone.”

Though some Republican lawmakers have echoed Trump’s unfounded claims of fraud and irregularities out of fear they will alienate his base of support ahead of the run-off elections for Georgia’s two Senate seats, which will determine the balance of power in the upper chamber, Republican officials who actually oversee elections have strongly pushed back on the claims.
The New York Times called election officials from both parties in all 50 states. The outlet found “no evidence that fraud or other election irregularities played a role in the outcome of the presidential race.”
Though there were individual instances of illegal double voting and technical glitches, there has been zero evidence of any widespread fraud.
Georgia Secretary of State Brad Raffensperger, who was assailed by fellow Republicans as the state’s vote total tipped toward Biden, claimed that there were instances of illegal voting well short of the “numbers or margin necessary to change the outcome.”
“We were literally putting releases of results up at a minimum hourly. I and my office have been holding daily or twice-daily briefings for the press to walk them through all the numbers,” he said, adding allegations that vote counting had not been transparent were “laughable.”
Former George W. Bush strategist Karl Rove said Trump was well within his right to file lawsuits over “concerns about fraud and transparency” but warned that “the president’s efforts are unlikely to move a single state from Mr. Biden’s column, and certainly they’re not enough to change the final outcome.”
“There is no evidence” of fraud, Rove wrote in a Wall Street Journal op-ed. “TV networks showed jubilant crowds in major cities celebrating Mr. Biden’s victory; they didn’t show the nearly equal number of people who mourned Mr. Trump’s defeat . . . Closing out this election will be a hard but necessary step toward restoring some unity and political equilibrium. Once his days in court are over, the president should do his part to unite the country by leading a peaceful transition and letting grievances go.”

The solution to soaring drug prices? A community option for drugs

Trump’s coup goes beyond a grift: The president is desperately seeking any path to stay in power