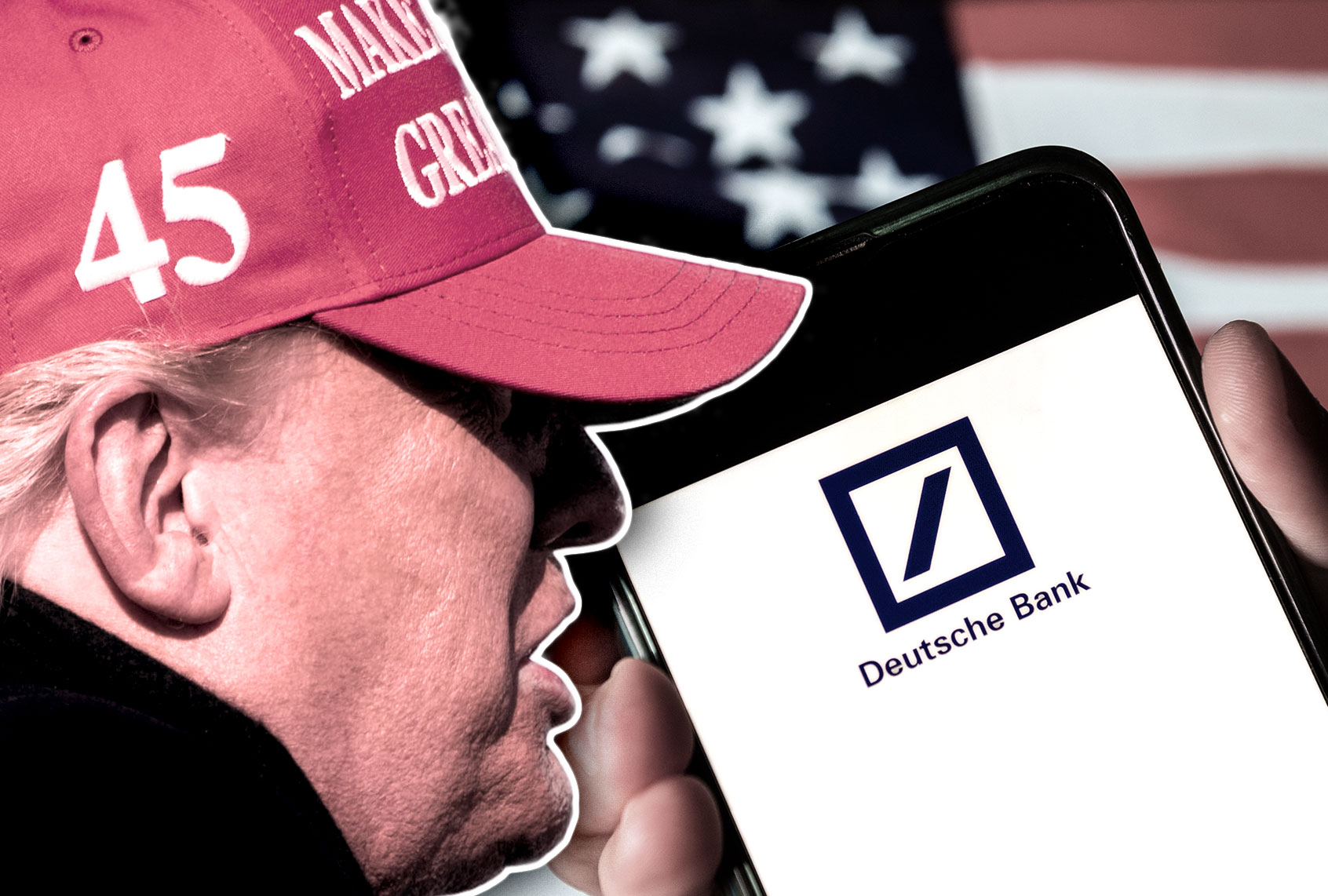 Deutsche Bank is searching for a way to end its tumultuous relationship with President Donald Trump after the election following years of negative media coverage stemming from their relationship, a new report reveals.
Trump has long relied heavily on the German-based financial giant, and he currently owes the bank about $340 million. Bank officials concerned about the president’s ability to repay the loans have discussed foreclosing on his properties or even seizing his assets, according to Reuters.
Deutsche Bank was one of few financial firms willing to do business with Trump after a series of bankruptcies and defaults in the ’90s, lending the president more than $2 billion over about two decades. The bank continued to lend Trump hundreds of millions even after he sued it for “predatory lending practices” and fought for forgiveness for his unpaid debt, according to The New York Times. Trump has about $340 million in outstanding loans to the Trump Organization, which he has personally guaranteed, that come due in 2023 and 2024.
But Deutsche Bank executives have met to discuss ways to end their relationship with Trump, according to Reuters. The bank’s management committee overseeing reputational risks for the company in the Americas has floated an idea to sell off Trump’s debt on the secondary market, as it did in the past. However, the idea has failed to gain traction, because “it is not clear who would want to buy the loans and the attendant problems that come with it,” according to the report.

Executives tired of the negative publicity and legal scrutiny believe they will have more “freedom” to sever their relationship with Trump if he loses the election, which they hope will ease congressional scrutiny of the bank if Democrats win the Senate. Deutsche Bank has already faced numerous federal and local investigations into its dealings with Trump, which one senior executive described as “serious collateral damage” for its longtime relationship, according to Reuters.
Sen. Elizabeth Warren, D-Mass., who sits on the Senate Banking Committee, has vowed to investigate the bank over its relationship with the Trump family. Such a probe would face fewer roadblocks if Democrats win back control of the upper chamber.
Executives are also concerned about Trump’s ability to repay his debts. The loans were given for the development of his Doral golf resort and hotels in Chicago and Washington. But those properties were already struggling from Trump’s drag on their business before the coronavirus pandemic dealt a serious blow to the hospitality industry.
If Trump is no longer in office, Deutsche Bank executives believe it will be easier to demand repayment, according to Reuters. The bank could also refinance the debt, foreclose on the properties if he does not pay or “seize the president’s assets if he is unable to repay,” two officials told Reuters.
The executives believe they will have less recourse if the president wins re-election.
“The bank wouldn’t want the negative publicity inherent with seizing assets from a sitting president and would likely extend the loans until he is out of office,” the outlet reported.
The Deutsche Bank loans are just a fraction of Trump’s overall debt. The New York Times, which obtained years of Trump’s personal and business tax returns, reported that his company is on the hook for $421 million in loans that were personally guaranteed. A Forbes analysis found that Trump’s company has more than $1 billion in debt.
Trump has argued that his debt is dwarfed by the size of his personal wealth, but he has been unable or unwilling to pay back his full debt to Deutsche Bank and other lenders in the past. He also defaulted on bonds the bank helped sell to investors to finance his failed Atlantic City casinos.
The president has also infamously refused to pay his debts to vendors and contractors throughout much of his career. That attitude was on full display when he had issues with his microphone on Monday at one of his final campaign rallies in Kenosha, Wis.
“Don’t pay him! Don’t pay the damn bill!” Trump shouted while ranting about the sound guy, adding: “And then I won’t pay the bill of the company that does this crazy microphone, and they’ll do a story, ‘Trump is a horrible human being. He doesn’t pay a bill.’ No, I don’t like to pay bills when people do a bad job.”