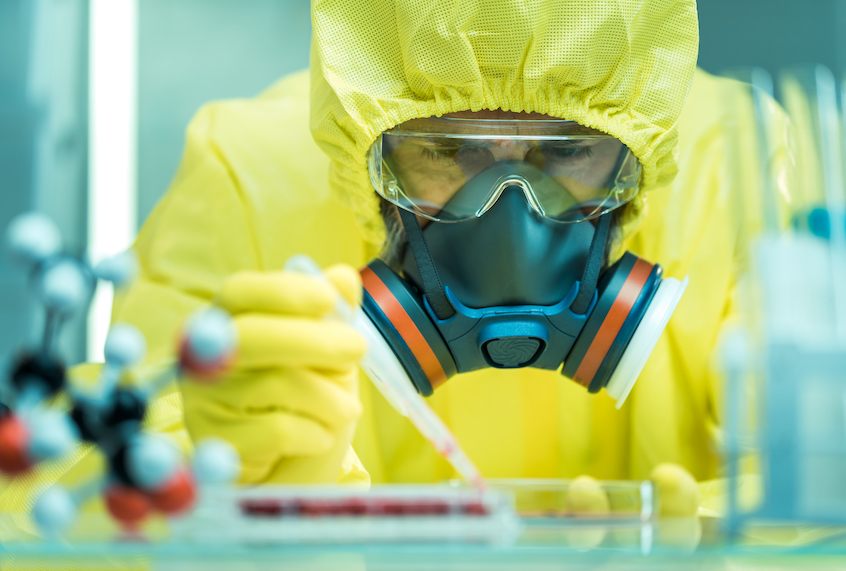 Health officials in Texas, Georgia, Vermont and Virginia acknowledged this week that they have been combining viral and antibody test results. Those results may well have painted an inaccurate picture of how the coronavirus has spread over time, and led to an overestimation of how well officials are tracking the contagion.
The difference is a matter of timing. Viral tests — taken by nasal swabs or saliva samples — help diagnose current COVID-19 infections. Antibody tests analyze a person’s blood to see if they have been infected in the past.
“If you put the two tests together, you fool yourself into thinking you’ve done more testing than you have,” said CNN medical correspondent Elizabeth Cohen.
The more testing a state does, the better it can understand the scope of infection. But if viral test numbers include antibody test results, experts say, it might give a state an inflated sense of its ability to test and track current infections.
Some experts believe state officials have been intentionally conflating the two numbers in order to exaggerate or distort the stats. Although unproven, this is plausible, since it’s otherwise unclear why health officials would have taken the extra step to combine two clearly distinct datasets.
Moreover, the national testing data published by the Centers for Disease Control and Prevention (CDC) is drawn from the state-submitted data, a CDC spokesperson told Salon.
It’s  not clear why CDC officials would knowingly combine those two datasets into one viral test dataset. Doing so would create an imperfect picture of the national testing landscape and progress.
It’s also unclear whether many states beyond these four have been combining data and how much, or in what way, these flawed reports may have skewed the national data. The Virginia Department of Health, for instance, reports confirmed and probable cases of COVID-19 infection (also listed on its website). We do not know whether CDC knew it was aggregating and publishing skewed data, and if it did, when.
CDC did not respond to questions about those issues.
What seems apparent, however, is that for months CDC has been publishing national data based on imperfect data aggregated from at least some states.

From a public health perspective, it’s imperative that health officials and policymakers have an accurate and evolving understanding of how many cases a region has in order to correctly map the contagion. They also need to figure out how many people in the region have already had the virus and now appear healthy, since those people may now be immune to infection, at least in the near term.
Both measures are important, but they measure different things.

Ashish Jha, the K.T. Li Professor of Global Health at Harvard, told The Atlantic last week that such results can represent testing gains that do not exist in reality.

“It is terrible. It messes up everything,” Jha said. Combining the test results as these states have done, he says, returns information that is impossible to interpret.

The result might skew the maps of time and space that are increasingly critical as states begin rolling back social distancing restrictions.
Health officials in Texas, Virginia and Vermont say they have been working to deconflict the reports over the last few days. Georgia’s state health department, however, said the state was simply adhering to methodology guidelines from the CDC.
In a statement to Salon, a Georgia Department of Public Health (GDPH) spokeswoman doubled down on the claim that the department had followed CDC directives, but promised “greater transparency.” The statement also mentioned, in its final sentence, that Georgia officials have decided to change their methodology, and will now separately report antibody and viral (PCR) results:

The GDPH has received antibody tests since early April and, following current CDC methodology, has included the tests received in the ‘Total Tests’ number currently listed on the DPH COVID-19 Daily Status Report. DPH staff is currently working diligently to provide greater transparency in the molecular and serologic testing data displayed on the Daily Status Report. One of our top priorities is to provide accurate and timely data to the public and we will continue to make every effort to do so.
The number of serology tests reported to DPH is 57,000, and we will continue to get new reports so that number will change daily. Serology tests are useful in determining the prevalence of the disease in the population and have been authorized by the FDA for use in COVID-19. We will update the website to reflect the number of ‘Total Tests’ that are serology vs PCR.

The statement did not detail the number of viral (PCR) tests.
CDC’s online database currently breaks the two tests down by type. When Salon reached out to CDC in search of further clarification on methodology, a spokesperson said that the agency publishes aggregated state data, which we now know included both types of tests, at least in some instances.
It is not clear when CDC learned that some states had been reporting combined test numbers, or whether those states had assumed from CDC’s final output format that all other states were combining numbers in the same fashion. How much these mixed methodologies among different states may have the skewed national data seems to be unknown.
“CDC has worked quickly to publicly report COVID-19 laboratory data that we receive in electronic form from state and jurisdictional health departments as part of the pandemic response. CDC began reporting this data on the COVID Data Tracker website to inform the public and guide decision making,” the spokesperson wrote in an email.
“Initially, when CDC launched its website and its laboratory test reporting, viral testing (tests for current infection) were far more commonly used nationwide than serology testing (tests for past infection). Now that serology testing is more widely available, CDC is working to differentiate those tests from the viral tests and will report this information, differentiated by test type, publicly on our COVID Data Tracker website in the coming weeks,” the spokesperson said.
“This is just one presentation of this data – often states have their own presentation of the data that is driving their decisions,” the email said.
The spokesperson pointed to a weekly report called COVIDView, which only counts viral testing. “The advantage to the COVIDView lab data is being able to see the change in percent positivity over time, which has been going down for a few weeks,” the spokesperson said.
Further muddying the picture, the CDC website points out that the number of positive tests in a state is not necessarily equal to the number of cases, because an individual may be tested more than once. Negative tests typically take longer to come in; in Virginia, the average lag is three days.
This means that each negative test result does not necessarily represent a distinct individual either. As the number of people tested more than once increases over time — and if the spread of testing outstrips the spread of the virus — it becomes increasingly difficult to draw conclusions at a glance.
A spokesperson for the Virginia Department of Health confirmed that it too will now split test data according to type, but said the differences were “minimal” and did not misrepresent the bigger picture.
“Antibody tests make up less than nine percent of overall tests. When these tests are removed from total results, there is minimal change in the percent positive of tests and no difference in overall trends,” the spokesperson said.
The spokesperson provided tables that illustrate heartening trends for the state — the percentage of positive results has declined — but also reveal how the many factors outlined above, such as the three-day lag for full results, might complicate a layperson’s understanding of the data.

Will Joe Biden repeat Obama’s mistakes? Because repairing our damaged democracy is critical