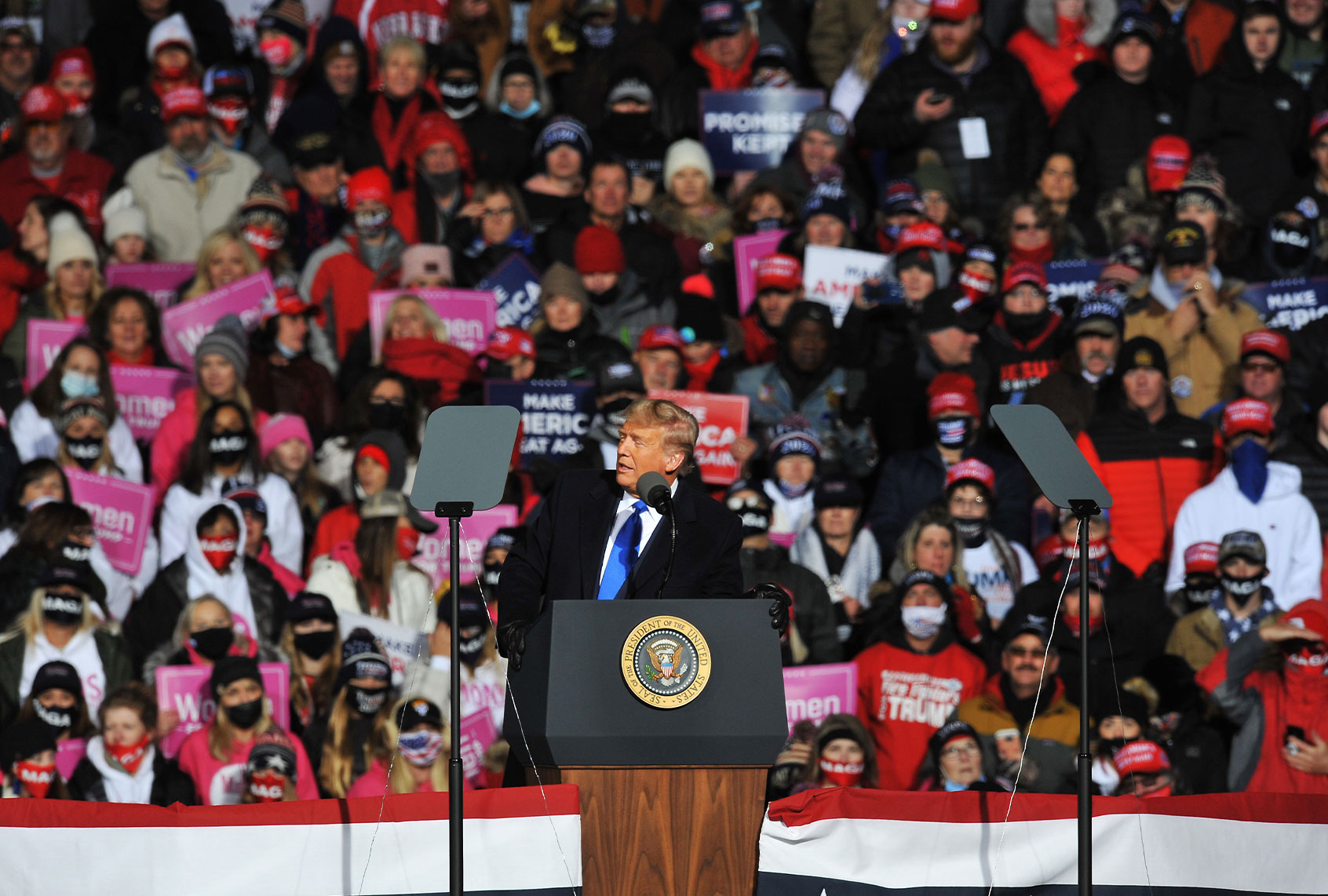 Hundreds of attendees were stranded in the cold for hours outside of President Donald Trump’s Tuesday night rally in Omaha.
Trump held a rally at an airfield in Omaha, but event organizers were unprepared for what followed. Buses scheduled to take attendees to a distant airport parking lot were unable to “navigate the jammed airport roads” after the president departed aboard Air Force One. Hundreds of individuals, many of whom were “elderly Trump supporters,” were left in the cold for hours as a result, according to The Washington Post.
At least seven people were taken to a hospital, according to Omaha Scanner. Medics reported at least 30 patient contacts, while police observed eight to nine “elderly people who are struggling.” At least one 68-year-old man was treated for possible hypothermia as the temperature hovered around 30 degrees.

“We need at least 30 more buses,” one police officer told CNN.
A Trump campaign representative told the Omaha World-Herald that there were enough buses for all of the attendees. The buses had problems getting to the rally, because the two-way road was throttled into one direction following the event.
Aside from the cold, attendees were also forced to brave the threat of the coronavirus in a state seeing record infection spikes.
An estimated 6,000 to 10,000 people attended the rally, but Trump claimed the crowd was 29,000. Though the campaign distributed masks, many attendees declined to wear them, according to The World-Herald.
“We’re making that final turn,” Trump falsely claimed at the event as infections rose to record levels around the country.
After the rally, police officers and airport workers were forced to drive some attendees to their cars to get them out of the cold and away from the growing crowd.
“As we were walking, I saw at least two @OmahaPolice officers helping people who were getting cold, one elderly lady and a young boy,” World-Herald reporter Aaron Sanderford tweeted.
It took more than three and a half hours to clear the scene, according to Sanderford.
Some Democrats blamed the Trump campaign for the chaos.
“Supporters of the President were brought in, but buses weren’t able to get back to transport people out. It’s freezing and snowy in Omaha tonight,” state Sen. Megan Hunt tweeted. “What people will do for this con man, what people have sacrificed, is so sad to me. He truly does not care about you.”
“Leaving thousands of Nebraskans stranded in the cold captures the entire Trump administration,” Jane Kleeb, chair of the state’s Democratic Party, told The World-Herald. “I hope those responsible for the poor planning to feed Trump’s ego will be held accountable and that fellow Nebraskans turn out to vote to end this chaos.”
Trump, who is expected to easily win Nebraska, traveled to campaign for the long electoral vote in Nebraska’s 2nd Congressional District.
“I’m standing here freezing,” he complained, before adding: “In theory, I didn’t really have to be here, but it’s nice to be with friends.”

“Republicans brought this on themselves”: Whoopi Goldberg shuts down Meghan McCain on GOP extremism

Chrissy Teigen and the enduring, celebrity need to be relatable