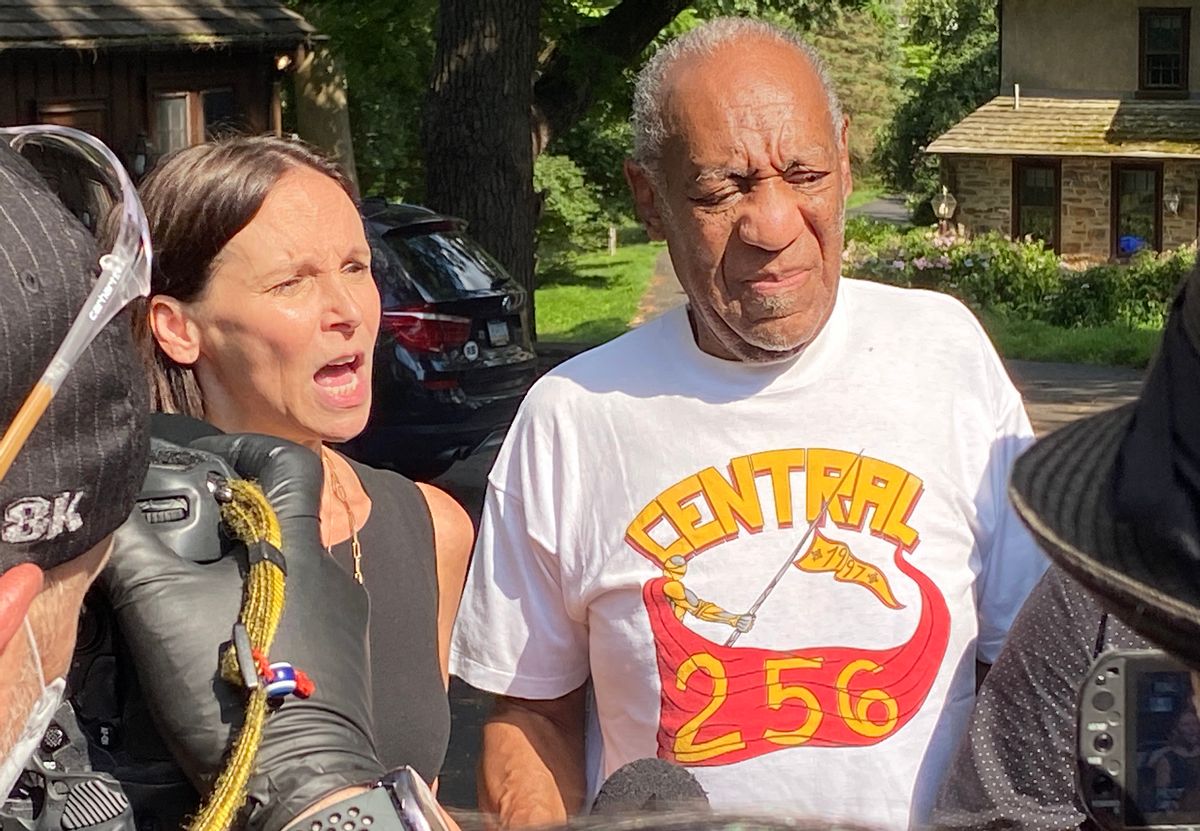 Bill Cosby found an ally in Fox News Wednesday following a surprise court ruling which overturned the disgraced entertainer’s sexual assault conviction, with a number of hosts going to bat for Cosby across the network’s early evening hours.
Geraldo Rivera, who himself was accused of sexual assault by actress Bette Midler in 1991, kicked off the Cosby apologia by calling the original conviction “mob justice” and asking how Cosby would “get back the two years he has lost.” Rivera, who likened the case against Cosby to the beheading of aristocrats during the French Revolution, also has a long history of using his platform to downplay accusations of sexual harassment and assault against powerful men, first documented by Media Matters For America in a 2017 investigation.
“He paid—he paid big time. His career: destroyed. His reputation: ruined,” Rivera went on to say. “Bill Cosby did two years on a case that never should’ve been brought. That is the pound of flesh here.”
Following Rivera’s lead, “The Five” host Greg Gutfeld declared that Cosby “was railroaded,” while just a few minutes later joking about Cosby’s reported proclivity for drugging the drinks of women in order to assault them.
“His team has been working around the clock, which — He should buy them drinks, but they shouldn’t drink it,” Gutfeld said, casting a sly look at co-host Jesse Watters, who met the comment with a laugh.

Cosby was set free Wednesday afternoon after serving just under three years of his sentence. He was convicted of three counts of sexual assault in 2018, though the ruling was effectively nullified Wednesday after the Pennsylvania Supreme Court found that an agreement he made with a previous prosecutor should have prevented the original charges from being brought in the first place.
The court also wrote that the judge in Cosby’s trial tainted the jury by allowing the testimony of five other accusers, which a lower appeals court previously found was an appropriate move to establish a pattern of behavior.

Woody Harrelson hams it up in first trailer for “Venom: Let There Be Carnage”

Do business leaders have any business being president? Available evidence says no