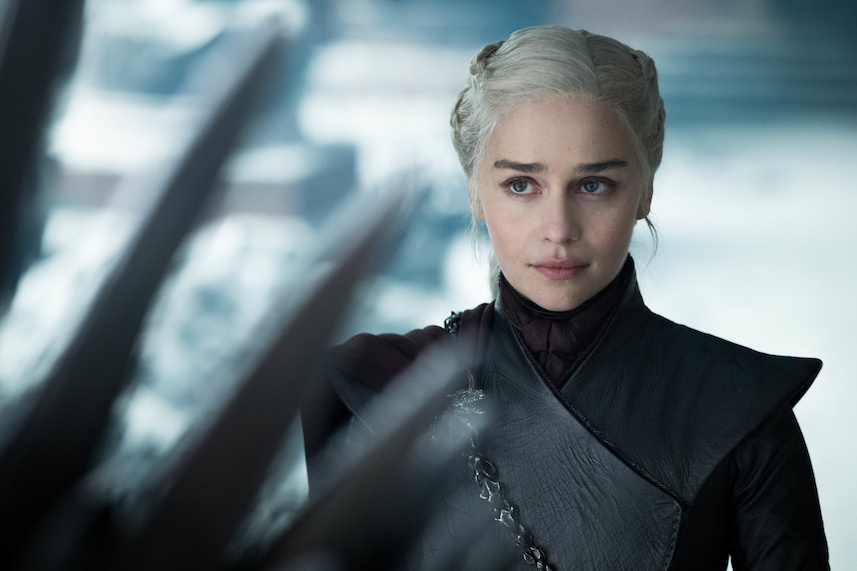 This month marks the 10-year anniversary of the series premiere of “Game of Thrones.” HBO is calling it the Iron Anniversary and doing lots to celebrate it. Others are getting in on the fun, too. Take “Game of Thrones” writer Bryan Cogman, the guy the scripts for episodes like “Kissed by Fire,” “The Laws of Gods and Men,” and “A Knight of the Seven Kingdoms.” He’s been making lists of episodes celebrating different characters. They’re a lot of fun, and I don’t think he’s quite finished.
So there’s a lot of good feeling going round. But there are also a lot of people bringing up their disappointment with the eighth and final season of the show, particularly after the official “Game of Thrones” Twitter account tweeted the phase “Winter is Coming” the other day. Twitter exploded with folks recounting all the ways season 8 let them down, calling for a remake, and sometimes disparaging showrunners David Benioff and Dan Weiss, who received a ton of backlash after the show ended.
Bryan Cogman pushes back against a “Game of Thrones” Season 8 narrative
Some of that made its way to Cogman, who cleared the air with a discussion about Benioff and Weiss’ contributions to the show . . . all of the show, from the series premiere to the series finale:

That performance you loved? The showrunner ultimately shaped it in the editing room. That brilliant stroke of casting? The showrunner makes the final call. The amazing artisans and dept heads that made the show look and sound and feel amazing? All hired by, empowered by and in constant creative collaboration WITH the showrunner. That amazing moment from the book you loved? Every last second of that moment from adaptation to execution painstakingly supervised by the showrunner. [A]nd that episode credited to another writer? Conceived with, edited by, often with entire scenes rewritten by… the showrunner.

Cogman seems to be pushing back here against a narrative I see sometimes among fans disappointed in the final season: that Benioff and Weiss were always bad at their jobs and season 8 represented their failings catching up to them. And to me that idea is just . . . ridiculous.

How the “Game of Thrones” sausage is made
On a movie set, the buck stops with the director. On a TV set, it stops with the showrunner. Cogman is right: on television, a showrunner is responsible for everything on the show. That means that Benioff and Weiss were responsible for Daenerys Targaryen’s abrupt turn to madness in “The Bells,” which I disliked as much as anyone. They were behind the lickety-split crowning of Bran Stark as King of Westeros. But they’re also responsible for Ned Stark’s execution, and the Battle of Blackwater, and the Red Wedding, and Tyrion’s trial, and the Massacre at Hardhome, and the Battle of the Bastards, and Cersei Lannister blowing up the Sept of Baelor, and the Loot Train Attack. They’re behind Robert and Cersei talking about their marriage, and Littlefinger explaining the climb, and Lady Olenna winning her own death scene, and Podrick Payne singing us into the Battle of Winterfell. They’re behind everything, and so much of it is really, really good.
A possible counter to this is that Benioff and Weiss only excelled when they had George R.R. Martin’s “A Song of Ice and Fire” to fall back on. Discounting the fact that the show had plenty of great moments even after it left the books behind (although I agree it was stronger when it had them as a roadmap), that doesn’t obscure their obvious talent, because adaptation is as hard as anything else. If you don’t believe me, just look at the huge number of terrible adaptations of good books. What about those awful “Hobbit” movies? What about the movies based on Alan Moore’s wonderful comics like “Watchmen,” “The League Of Extraordinary Gentlemen” and “From Hell,” all of which are tired, uninspired and have none of the punch of the original works? What about Stephen King’s own adaptation of his book “The Shining” being miles worse than Stanley Kubrick’s adaptation despite sticking much closer to the text of the novel?
Adaptation is a tricky business and the show did a wonderful job at it, which means Benioff and Weiss did a wonderful job at it. So no, I don’t buy the idea that “Game of Thrones” was only good thanks to the source material, because good source material has never been a guarantee of quality; considering all the bad adaptations out there, I wouldn’t even call it an indicator of quality. And Cogman is sure that George R.R. Martin would agree:

And I say all this as someone who has a lot of problems with Season 8 — I’ve written about them before and probably will again — but there are ways to criticize it that take into account the reality of how television is made and that don’t resort to unfounded personal attacks on the hard-working people who poured their hearts and souls into its creation.
Anyway, happy Iron Anniversary! Please celebrate responsibly.