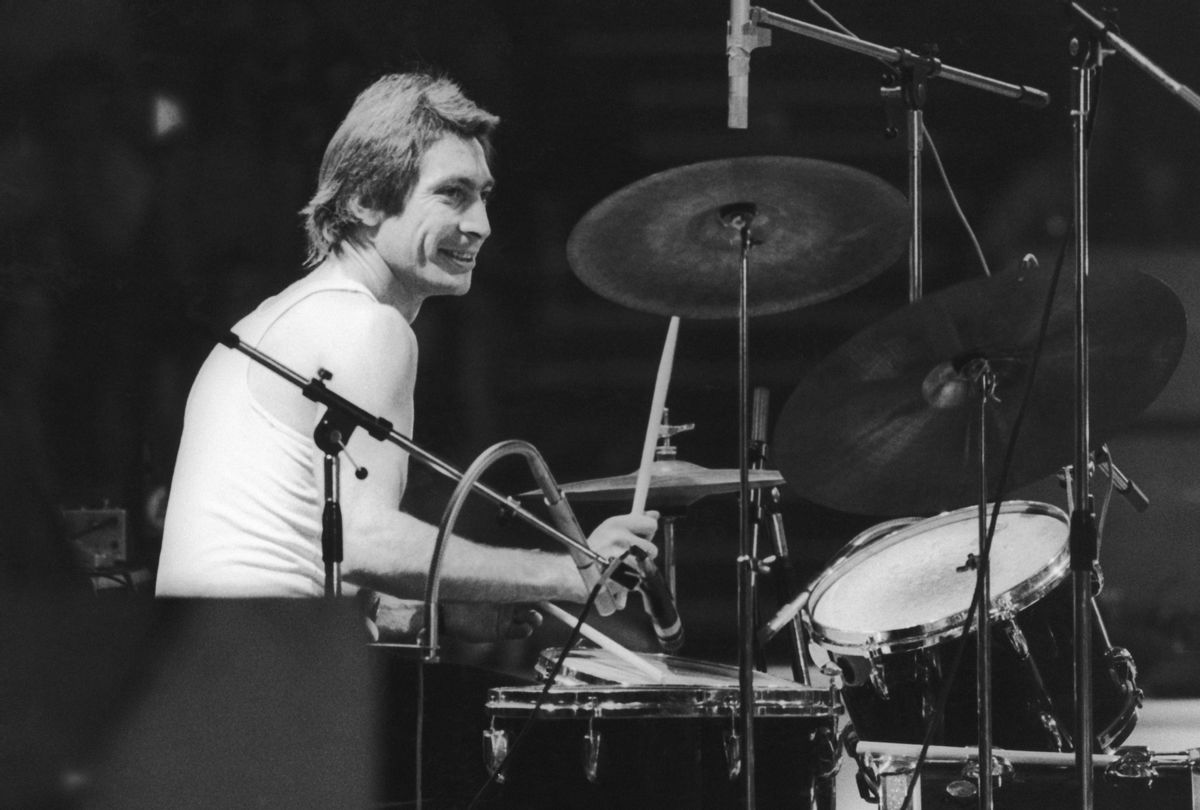 In an era when rock drummers were larger-than-life showmen with big kits and egos to match, Charlie Watts remained the quiet man behind a modest drum set. But Watts wasn’t your typical rock drummer.
Part of the Rolling Stones setup from 1963 until his death on August 24, 2021, Watts provided the back-beat to their greatest hits by injecting jazz sensibilities – and swing – into the Stones’ sound.
As a musicologist and co-editor of the Cambridge Companion to the Rolling Stones – as well as a fan who has seen the Stones live more than 20 times over the past five decades – I see Watts as being integral to the band’s success.
Like Ringo Starr and other drummers who emerged during the 1960s British pop explosion, Watts was influenced by the swing and big band sound that was hugely popular in the U.K. in the 1940s and 1950s.
Modest with the sticks
Watts wasn’t formally trained as a jazz drummer, but jazz musicians like Jelly Roll Morton, Charlie Parker and Thelonious Monk were early influences.
In a 2012 interview with the New Yorker, he recalled how their records informed his playing style.
“I bought a banjo, and I didn’t like the dots on the neck,” Watts said. “So I took the neck off, and at the same time I heard a drummer called Chico Hamilton, who played with Gerry Mulligan, and I wanted to play like that, with brushes. I didn’t have a snare drum, so I put the banjo head on a stand.”
Watts’ first group, the Jo Jones All Stars, were a jazz band. And elements of jazz remained throughout his Stones career, providing Watts with a wide stylistic versatility that was critical to the Stones’ forays beyond blues and rock to country, reggae, disco, funk and even punk.
There was a modesty in his playing that came from his jazz learning. There are no big rock drum solos. He made sure the attention was never on him or his drumming – his role was keeping the songs going forward, giving them movement.
He also didn’t use a big kit – no gongs, no scaffolding. He kept a modest one more typically found in jazz quartets and quintets.
Likewise, Watts’ occasional use of brushes over sticks – such as in “Melody” from 1976’s “Black and Blue” – more explicitly shows his debt to jazz drummers.

But he didn’t come in with one style. Watts was trained to adapt, while keeping elements of jazz. You can hear it in the R’n’ B of “(I can’t Get No) Satisfaction,” to the infernal samba-like rhythm of “Sympathy For The Devil” – two songs in which Watts’ contribution is central.
And a song like “Can’t You Hear Me Knocking” from 1971’s “Sticky Fingers” develops from one of Keith Richards’ highest caliber riffs into a long concluding instrumental section, unique in the Stones’ song catalog, of Santana-esque Latin jazz, containing some great syncopated rhythmic shots and tasteful hi-hat playing through which Watts drives the different musical sections.
You hear similar elements in “Gimme Shelter” and other classic Rolling Stones songs – it is perfectly placed drum fills and gestures that make the song and surprise you, always in the background and never dominating.
Powering the “engine room”
So central was Watts to the Stones that when bassist Bill Wyman retired from the band after the 1989 “Steel Wheels” tour, it was Watts who was tasked with picking his replacement.
He needed a bass player that would fit his style. But his choice of Darryl Jones as Wyman’s replacement was not the only key partnership for Watts. He played off the beat, complementing Richards’ very syncopated, riff-driven guitar style. Watts and Richards set the groove for so many Stones songs, such as “Honky Tonk Women” or “Start Me Up.” If you watched them live, you’d notice Richards looking at Watts at all times – his eyes fixated on the drummer, searching for where the musical accents are, and matching their rhythmic “shots” and off-beats.
Watts did not aspire to be a virtuoso like John Bonham of Led Zeppelin or The Who’s Keith Moon – there was no drumming excess. From that initial jazz training, he kept his distance from outward gestures.
But for nearly six decades, he was the main occupant, as Richards put it, of the Rolling Stones’ legendary “engine room.”
Victor Coelho, Professor of Music, Boston University
This article is republished from The Conversation under a Creative Commons license.