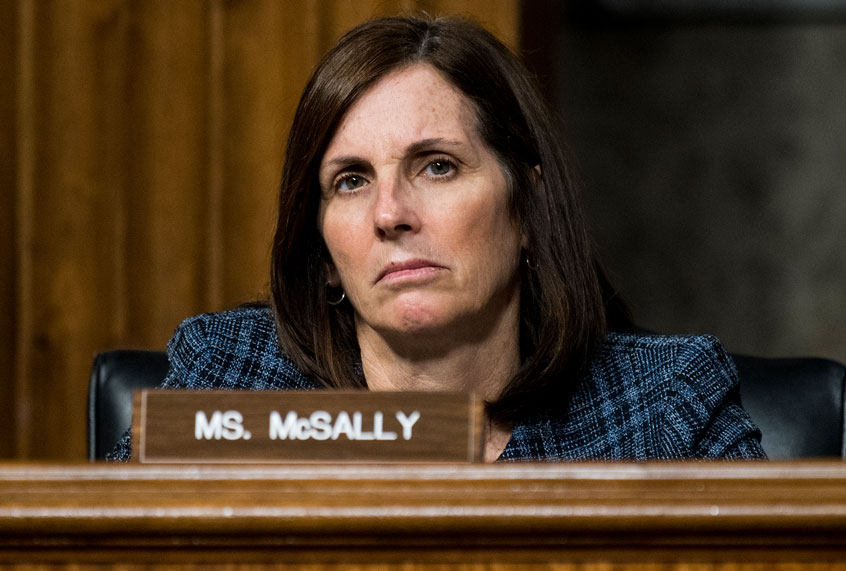 For many years, Arizona was a deep red state that was closely identified with Sen. Barry Goldwater and later, Sen. John McCain. But Arizona has evolved into a swing state in recent years. And if a New York Times/Siena College poll released on Oct. 5 is accurate, Arizona could end up with two Democratic senators in 2021 — and President Donald Trump might lose Arizona’s electoral votes to former Vice President Joe Biden.
According to the poll, incumbent Republican Sen. Martha McSally is trailing her Democratic challenger, Mark Kelly, by 11% in Arizona’s 2020 U.S. Senate race. That poll is even worse for McSally than a Times/Siena poll released in September: that one found Kelly ahead by 8%. And if Kelly defeats McSally in November, a Democrat will taking over the U.S. Senate seat once held by Goldwater and later, McCain.
Meanwhile, the Times/Siena poll found Biden ahead by 9% in Arizona in the 2020 presidential race. If Biden wins Arizona’s 11 electoral votes, he would be the first Democrat to win a presidential race in that southwestern state since Bill Clinton in 1996.
The Times/Siena poll follows a USA Today/Suffolk poll that was released on October 2 and found Kelly leading McSally by 9%.
Arizona already has one Democratic U.S. senator: Kyrsten Sinema, who defeated McSally in the 2018 midterms. Sinema took over the seat formerly held by Republican Sen. Jeff Flake, a hardcore conservative who has been quite critical of Trump at times and has endorsed Biden in the presidential race. And McSally ended up in the Senate in 2019 after Republican Gov. Doug Ducey appointed her to Arizona’s other U.S. Senate seat.
The New York Times’ Jonathan Martin, discussing the Times/Siena poll, explains, “The same constituencies lifting Mr. Biden — women, younger people and Latino voters — are also propelling Mr. Kelly. Both Democrats are benefiting from the alienation some more moderate Arizona Republicans feel toward the hardline, Trump-led party.”
Martin also notes that in Arizona, Trump’s “standing with female voters and independents in the state has plunged since his victory four years ago — and significantly, there appears to be far less interest in third-party candidates this year.”
Recently, Trump supporters in Arizona were furious when John McCain’s widow, Republican Cindy McCain, endorsed Biden — which they viewed as another kick in the teeth following Flake’s endorsement of Biden. Cindy McCain, however, has not made an endorsement in Arizona’s U.S. Senate race.