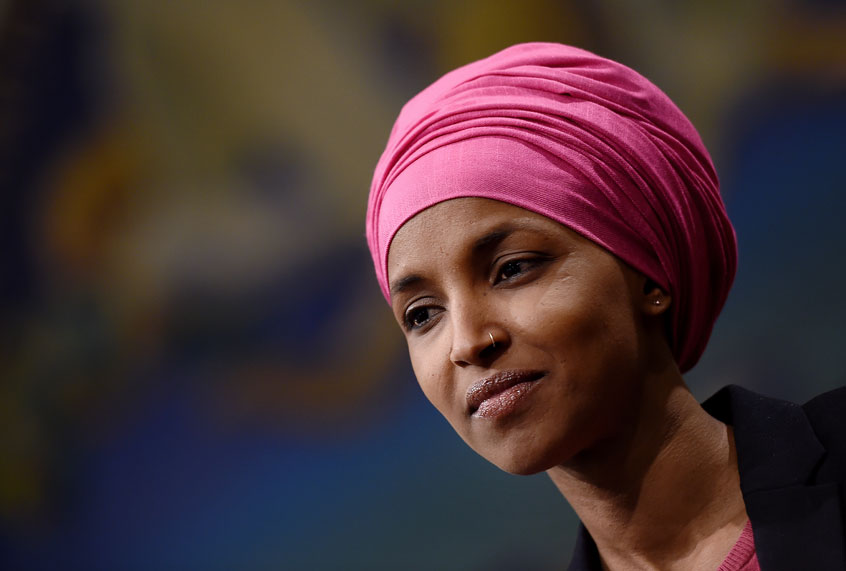 If a writer pitched Rep. Ilhan Omar’s life story to a Hollywood producer as a movie, it would likely be rejected as simply too impossible to believe. We’re talking about a 12-year-old girl who speaks little English coming to America from war-torn Somalia and a refugee camp in Kenya, who is then elected to Congress from Minnesota at age 36 — as one of the first two Muslim women to serve on Capitol Hill. (The other is her friend and colleague Rashida Tlaib of Michigan.) As incredible as her story sounds, to Omar her journey represents the promise of America, as she explores in her new memoir, “This Is What America Looks Like: My Journey from Refugee to Congresswoman.”
Omar, who was elected to Congress in 2018 from Minnesota’s 5th congressional district, which includes Minneapolis and some of its suburbs, has achieved many firsts. As she told me in our “Salon Talks” conversation this week, that can carry a heavy burden. In fact, Omar says she wrote the book in part to set the record straight on her story. “I think there is often a narrative about who I am and what I care about that people have developed in their head,” she told me. “I always say every person who interviews me has already written the article.”
It’s clear that Omar has endured and won a lot of fights — some of those were actual fistfights when she was younger (as she explains in the book) and others have been Twitter battles with the president of the United States. In fact when Donald Trump was elected in 2016, Omar herself made history as the first Somali Muslim elected to the Minnesota state legislature.
In our conversation, Omar opens up about her approach to governing, and how she pursues that in her role as whip for the Congressional Progressive Caucus. “I think oftentimes there are battles, and you have to pick which one to fight today and which one to live on to fight another day,” she said. Watch my “Salon Talks” episode with Rep. Ilhan Omar here, or read a transcript of our conversation below — lightly edited, as usual, for length and clarity — to hear more about her story and her thoughts on Trump’s attempts to delegitimize the 2020 election.

What I learned about human politics from studying colubus monkeys

Reading the Federalist Papers under lockdown: Is Donald Trump dissolving our union?