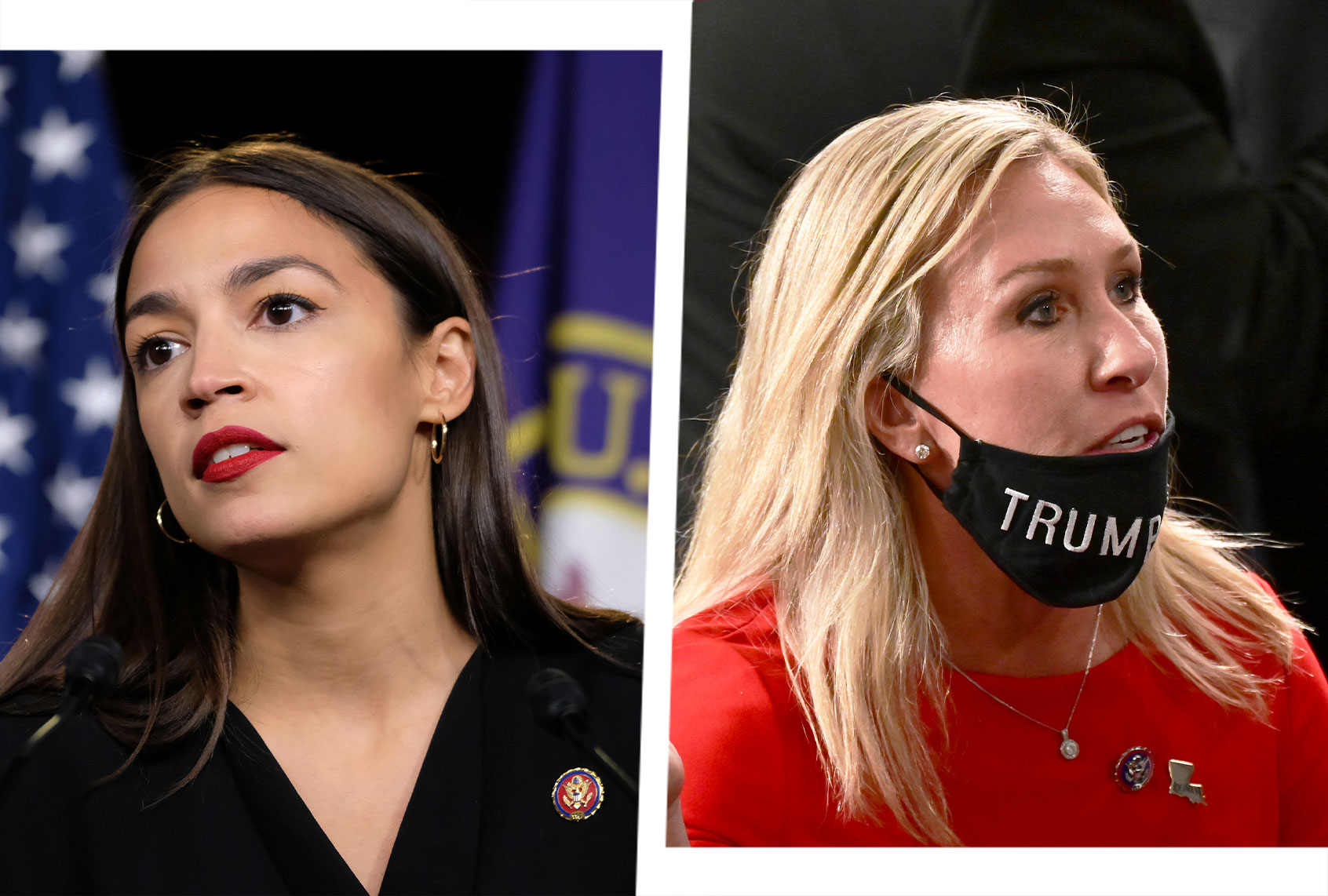 House Republicans, facing increasing pressure to condemn the conspiratorially-minded newest members of their caucus, have largely ignored the growing extremism amongst their ranks — with some instead deflecting outrage towards prefered Democratic boogeymen like progressive Rep. Alexandra Ocasio-Cortez.
Rep. Alexandria Ocasio-Cortez, D-NY, took Sen. Ted Cruz, R-TX, to task on Twitter Thursday, when Cruz expressed support of Ocasio-Cortez’s call for a congressional hearing to investigate Robinhood’s trading freeze of GameStop –– a decisive victory for Wall Street and a loss for retail traders.
“I am happy to work with Republicans on this issue where there’s common ground,” she replied, “but you almost had me murdered 3 weeks ago so you can sit this one out. Ocasio-Cortez added, “Happy to work w/ almost any other GOP that aren’t trying to get me killed. In the meantime if you want to help, you can resign.”
Ocasio-Cortez’s tweet comes just weeks after Cruz joined Trump’s congressional cabal of acolytes hoping to challenge the certification of the 2020 election. It was this group’s opposition to the certification that eventually sparked a violent rampage at the Capitol building, in which several members of Congress, including Ocasio-Cortez, were nearly killed.

Cruz –– who received $35 million in campaign donations from fracking billionaires and whose wife is Managing Director at Goldman Sachs –– is perhaps one of the least likely members of Congress to take a stand against Wall Street, making him an easy target for the Ocasio-Cortez, whose tweet sparked outrage from Sen. Chip Roy, R-TX.
“It is completely unacceptable behavior for a Member of Congress to make this kind of scurrilous charge against another member in the House or Senate for simply engaging in speech and debate regarding electors as they interpreted the Constitution,” wrote Roy to House Speaker Nancy Pelosi, D-CA.
He continued ominously: “If Representative Ocasio-Cortez does not apologize immediately, we will be forced to find alternative means to condemn this regrettable statement.”
Roy was one of the Senators who initially pledged to back the GOP-led effort to defy the election certification but backed down shortly after the Capitol was raided.
Right-wing media followed suit and feigned outrage over AOC’s tweet just as House Democrats ramped up a pressure campaign on House Minority Leader Rep. Kevin McCarthy, R-Calif., to remove Greene, who stalked a teenage school shooting survivor and repeatedly endorsed violence against her Democratic colleagues, from her plum committee assignments.

I support @tedcruz filing a lawsuit for this libel.

I support Representative Alexandria Ocasio-Cortez to be investigated for incitement against Senator Cruz and irresponsibly spreading conspiracy and hateful rhetoric.

This behavior should not be tolerated in Congress. https://t.co/cGxe7truDQ

I’m not saying this tweet is an attempt to incite violence against a sitting Senator. But a claim like that requires proof or it’s verifiable libel. You clearly see yourself as above the law. #PartOfTheRiggedSystem https://t.co/iuZMunsA3p

My first fact check for @birdwatch. This is a valuable tool and am relieved Twitter is taking initiative to combat rampant misinformation on it's platform. pic.twitter.com/FyvRFyGmKU

“Republicans brought this on themselves”: Whoopi Goldberg shuts down Meghan McCain on GOP extremism