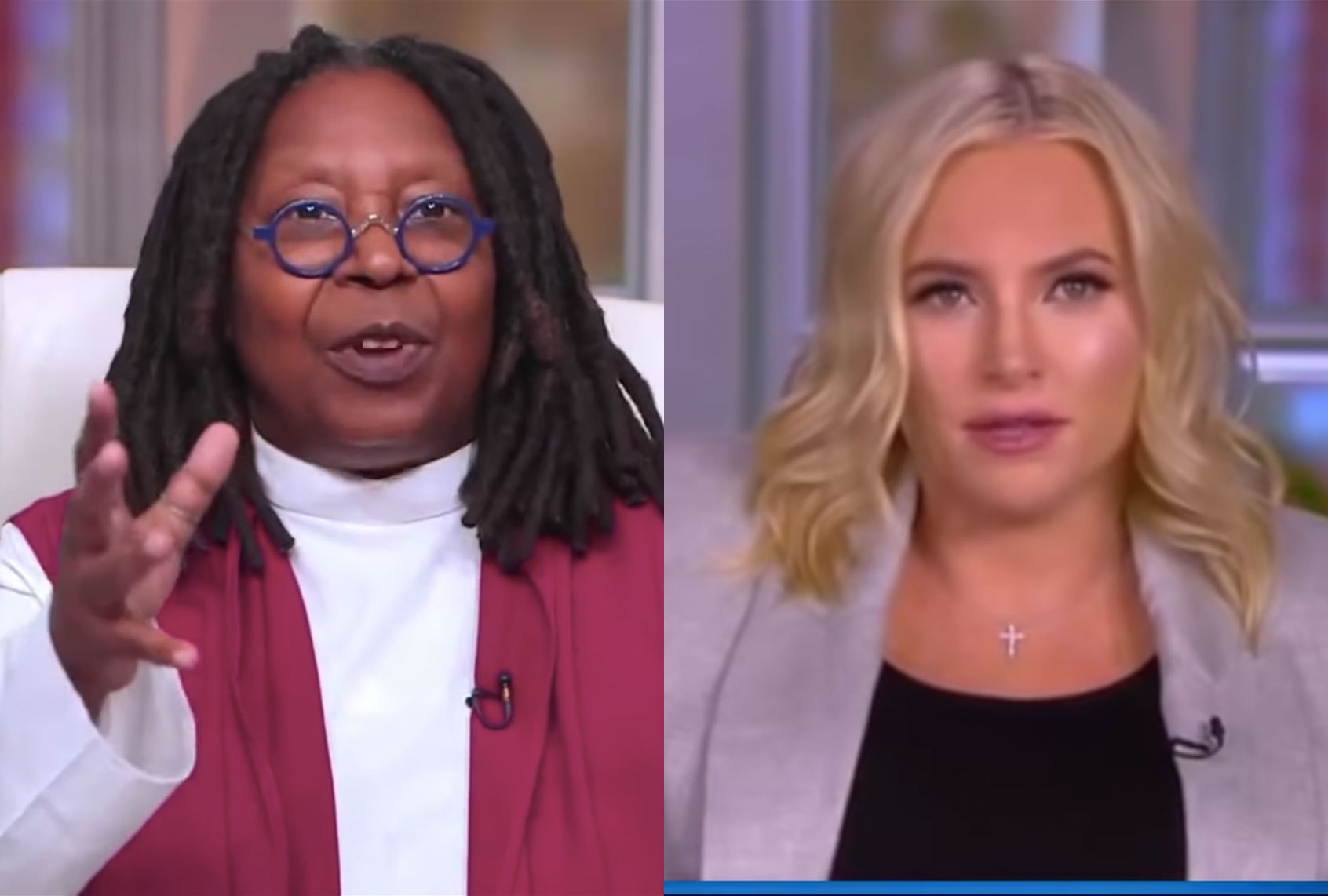 On Tuesday’s episode of ABC’s “The View” co-host Meghan McCain objected to the reaction following Donald Trump’s second impeachment acquittal, leaving co-host Whoopi Goldberg so dismayed that she schooled McCain about the roots of radicalism in the Republican Party.
McCain argued that if Republicans are the party of “QAnon” than Democrats are the party of “socialism and late-term abortion.”
“I believe that abortion is murder, I believe that life begins at conception,” she said, clunkily inserting abortion into the conversation. McCain said that, according to the media, the only way to become a good Republican is to become a Democrat. “I don’t know what to do anymore, because I can’t keep coming on TV everyday saying that we’re all Nazis and you know, Hitler salutes and whatever. It’s just not intellectually honest.”
McCain highlighted that Trump’s approval rating among Republicans is still around 80%, implying that the Republican Party is simply increasingly conservative.
Goldberg couldn’t let McCain’s declarations go unanswered, however.
“You should be a little uncomfortable,” she started. “You’re thought of this way because of what you’ve shown everybody.”
Goldberg passionately insisted that the Republican Party has brought this on themselves, alluding to the fact that Trump emboldened white supremacists and racist behavior for the last five years.
“Let’s talk a little bit about women and having babies,” she added. “Everyone has the right to make the decision they have to make for their life, okay? The bottom line is, whatever you decide to do as a woman with your body, that should be between you and your doctor. And sometimes poor women may need help.”
“The Republicans, you showed your faces, you said you were okay with everything that happened, all the things that we’ve been taught as Americans that are not okay. You said it’s ok and you’ve opened up the door for people to continue to act poorly.”

FALLOUT FROM TRUMP’S IMPEACHMENT TRIAL: The co-hosts react after former Pres. Trump was acquitted in his second impeachment trial for his alleged role in inciting the insurrection at the Capitol on Jan. 6th. https://t.co/CWd7VqQUEU pic.twitter.com/EvwZErCT3D