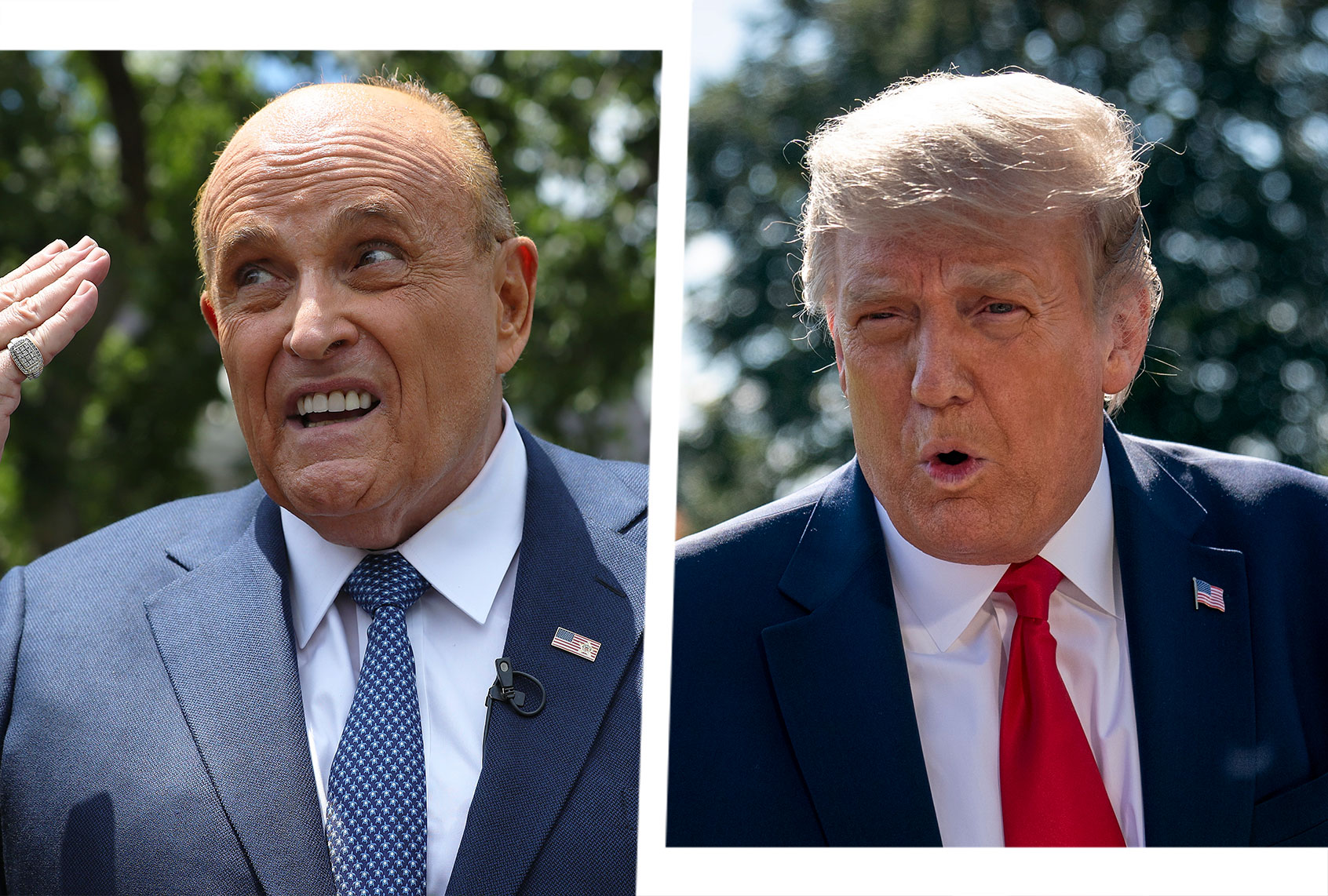 Caroline Rose Giuliani, the daughter of former LifeLock spokesperson and Trump personal Rudy Giuliani, called for Americans to vote for the Biden-Harris Democratic ticket in a scathing rebuke of the “toxic” Republican administration.
“My father is Rudy Giuliani,” Giuliani wrote in an essay published Thursday in Vanity Fair. “We are multiverses apart, politically and otherwise. I’ve spent a lifetime forging an identity in the arts separate from my last name, so publicly declaring myself as a ‘Giuliani’ feels counterintuitive. But I’ve come to realize that none of us can afford to be silent right now.”
Giuliani, a 31-year-old Los Angeles-based LGBTQ+ filmmaker, “shunned her famous last name” while at Harvard. Instead, she used the last name of her other famous parent: “Law & Order” actor Donna Hannover. In her essay, Giuliani maintained that “being the daughter of a polarizing mayor who became the president’s personal bulldog” is “a difficult confession — something I usually save for at least the second date.”
“To anyone who feels overwhelmed or apathetic about this election, there is nothing I relate to more than desperation to escape corrosive political discourse,” she wrote. “As a child, I saw firsthand the kind of cruel, selfish politics that Donald Trump has now inflicted on our country. It made me want to run as far away from them as possible. But trust me when I tell you: Running away does not solve the problem. We have to stand and fight. The only way to end this nightmare is to vote. There is hope on the horizon, but we’ll only grasp it if we elect Joe Biden and Kamala Harris.”
Giuliani, who endorsed Hillary Clinton in 2016, first announced her endorsement of former Vice President Joe Biden in August when she tweeted a photo of herself with his running mate, Kamala Harris.
Giuliani recalled getting into debates about politics with her father, a former assistant U.S. attorney, when she was 12, or  “probably before I was emotionally equipped to handle such carnage.”
“It was disheartening to feel how little power I had to change his mind, no matter how logical and above-my-pay-grade my arguments were,” she wrote of their disputes.
Even though those arguments crackled with “an occasional flash of connection,” Giuliani added that she was never able to change her father’s perspective. That painful “chasm” has grown since Trump’s rise.
“I imagine many Americans can relate to the helpless feeling this confrontation cycle created in me, but we are not helpless,” Giuliani wrote. “I may not be able to change my father’s mind, but together, we can vote this toxic administration out of office.”
In the weeks leading up to the release of her essay, Giuliani stepped up her social media presence, at times targeting her father’s own work on behalf of Trump.
“Trump is the one lying about Hunter Biden,” Giuliani tweeted last month, directly replying to a tweet from her father about what he dubbed the “Biden Crime Family,” adding: “And I, for one, do not support spreading false gossip about a politician’s child. Just sayin…”

Senior intelligence officials warned the White House twice last year that Rudy Giuliani’s efforts to dig up dirt on Biden in Ukraine had been compromised by Russian intelligence, The Washington Post reported on Thursday.
While Caroline Giuliani acknowledges that Biden was not her first choice — she hints that she had initially wanted a more progressive candidate, such as Bernie Sanders or Elizabeth Warren — she appeals to fellow progressives to not cast a protest vote, pointing to a range of threats from a second Trump administration, including civil rights and the resurgent coronavirus pandemic.
“We are hanging by a single, slipping finger on a cliff’s edge, and the fall will be fatal,” she writes. “If I, after decades of despair over politics, can engage in our democracy to meet this critical moment, I know you can, too.”

Republican governors listened to the science on coronavirus. Why not climate change?