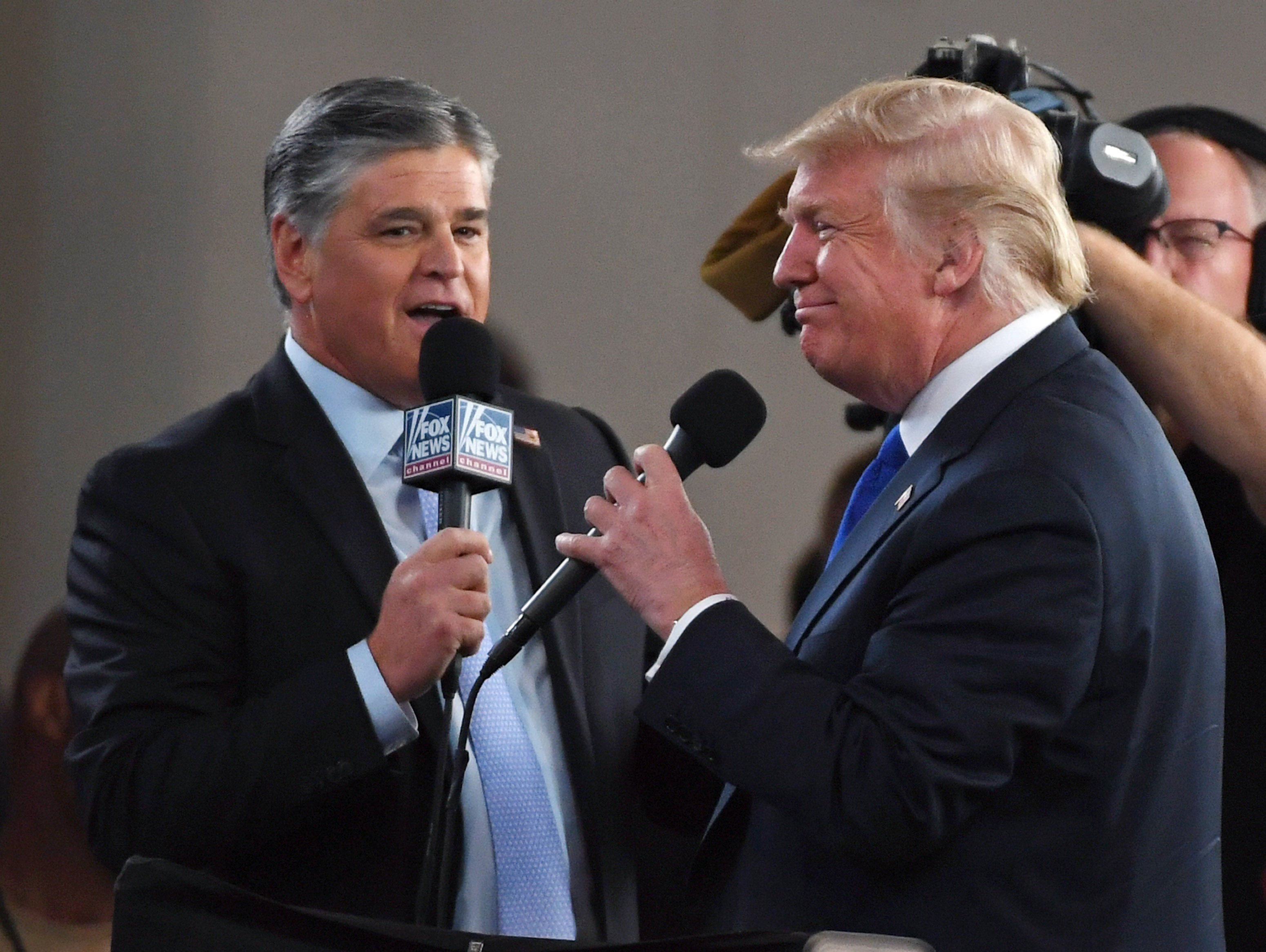 Fox News host Sean Hannity dropped $5.3 million on a Florida home just a few miles from pal Donald Trump’s new permanent residence at his Mar-a-Lago Club, according to reports.
With the purchase of the three-bedroom, five-bedroom beachfront condo in swanky Palm Beach, which is colloquially known as “Billionaire’s Row,” Hannity joins a number of conservative firebrands who have decamped south to Florida — including fellow Fox News host Tucker Carlson, Newsmax owner Chris Ruddy, former Republican presidential candidate turned “Borat 2” star Rudy Giuliani, and commentators Ann Coulter and Ben Shapiro. The late conservative radio star Rush Limbaugh and the late Fox News CEO Roger Ailes were also residents of Palm Beach prior to their deaths.
Hannity bought the home on April 15, according to The Palm Beach Post, the outlet which first reported the sale. He spent more than $1 million more in the off-market deal than the previous owners paid despite the fact that they were only in possession of the condo for about a month.
It’s a part of “The Residences at Sloans Curve,” which sits 2.7 miles away from Mar-a-Lago. The property has 5,086 square feet of living space and includes a private pool and two-car garage, The Post reported, citing property records. The development also features a gym, tennis courts, multiple community pools and 24-hour staff.
Hannity is well known as a prolific real estate investor, whose more than $90 million real-estate empire was revealed after a 2018 investigation by The Guardian found that he owned at least 870 homes in seven states. Many of those properties were owned by shell companies connected to Hannity — and some were even purchased with help from the U.S. Department of Housing and Urban Development, a fact which he failed to disclose when publicly criticizing former President Barack Obama’s handling of the foreclosure crisis. In contrast, the Fox News host repeatedly praised Ben Carson, the former HUD secretary under Trump, on his show.
A spokeswoman for Fox News and Hannity declined a request for comment from The Post regarding the townhouse deal.

Support from a distance: How to find and see a remote therapist