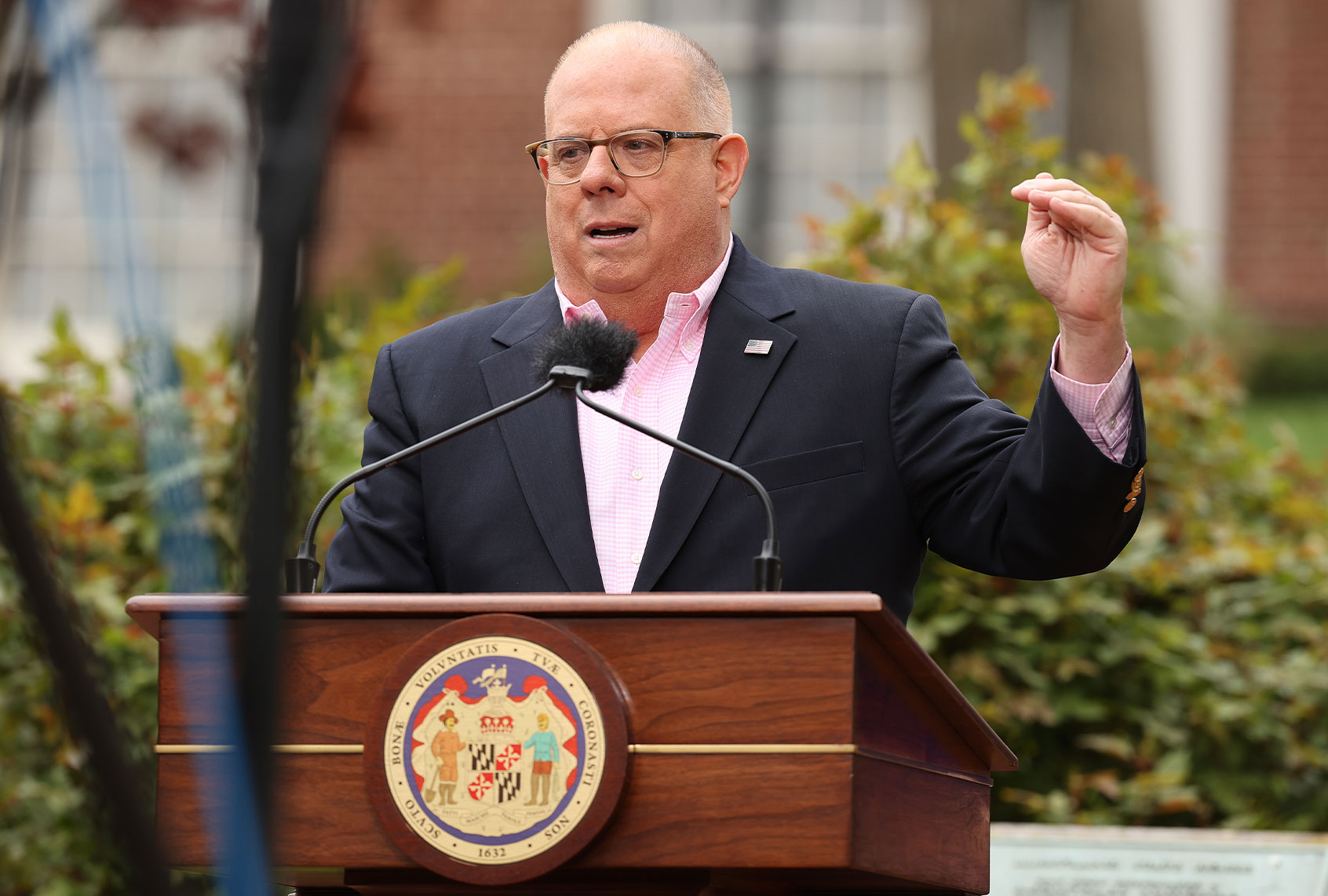 Maryland Gov. Larry Hogan, a Republican, said federal officials repeatedly denied his requests to deploy the state’s National Guard to quell the deadly Capitol riot on Wednesday as members of Congress pleaded for assistance.
Hogan told reporters on Thursday that House Speaker Nancy Pelosi, D-Calif., House Majority Leader Steny Hoyer, D-Md., and Senate Majority Leader Chuck Schumer, D-N.Y., called him from an “undisclosed bunker” and were “pleading” for assistance as Congress was overrun by Trump supporters after the president urged them to go to the Capitol during a speech falsely claiming the election was stolen.
“[Hoyer] said that the U.S. Capitol Police was overwhelmed, that there was no federal law enforcement presence and that the leaders of Congress were pleading with me, as the Governor of Maryland, for assistance from Maryland’s National Guard and State Police,” he said.
Hogan said he mobilized 200 “specially trained” state troopers and “immediately” offered support but the Defense Department “repeatedly denied” approval for him to send in the state’s National Guard. The Republican governor said that after an hour and a half he received a call “out of the blue, not from the secretary of defense, not through what would be normal channels,” but from Army Secretary Ryan McCarthy, who said the guardsmen could “come as soon as possible.”
“I was ready, willing and able to immediately deploy [National Guard] to the Capitol, however we were repeatedly denied approval to do so,” he said.

Susan Collins: Schumer “going out of his way to alienate the most bipartisan member of the Senate”