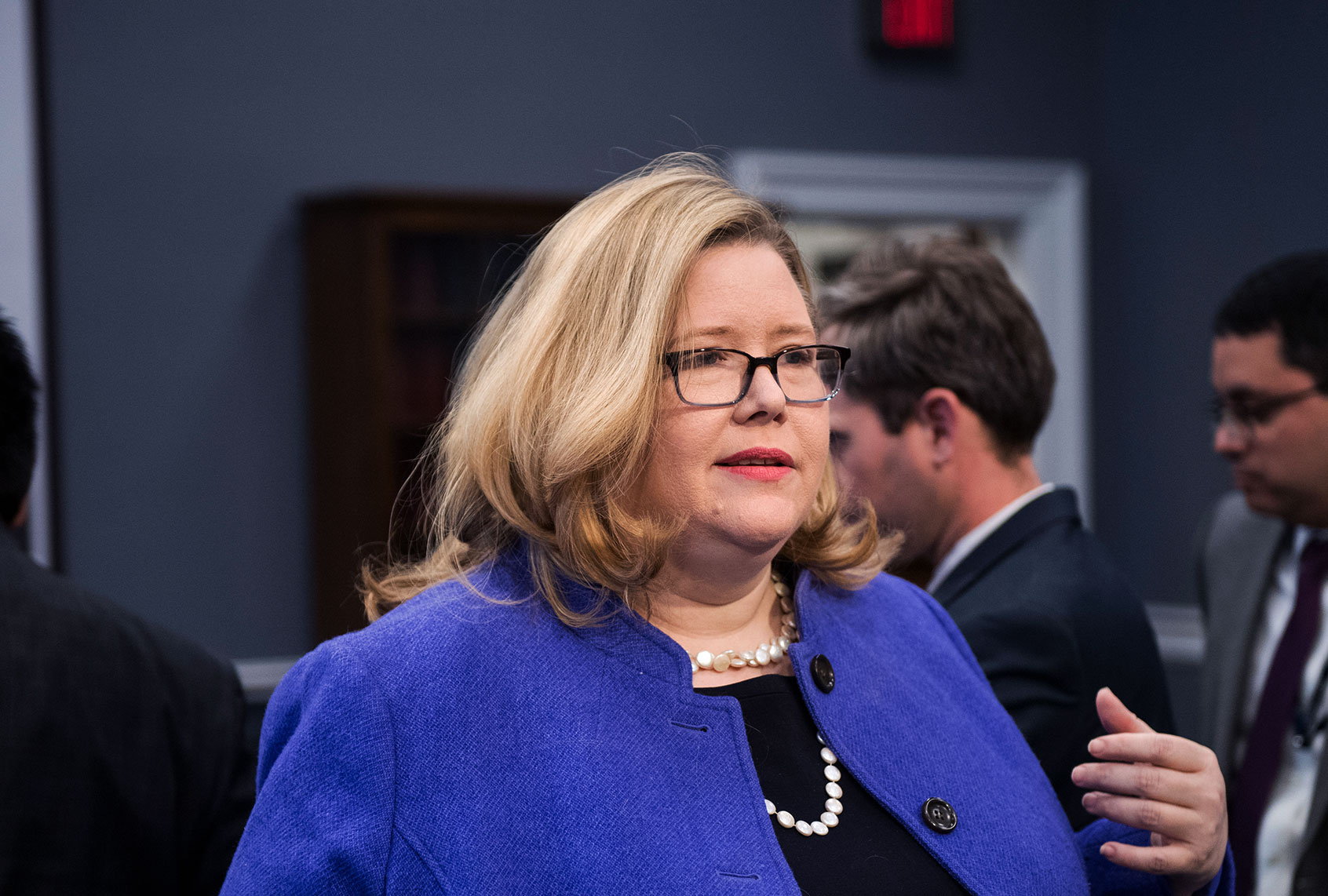 An obscure Trump appointee is refusing to sign a letter that would allow the transition team for President-elect Joe Biden to officially get to work this week, a new report reveals.
The General Services Administration (GSA) is tasked with effectively formalizing the winner of the election by signing paperwork that allows for the transition to commence. The agency provides nearly $10 million to fund the transition, provides the team with government emails and office space at every agency and allows access to senior officials throughout the administration.
The Associated Press and every major TV news network have declared Biden the winner of the election.  GSA Administrator Emily Murphy is refusing to sign the letter declaring him the “apparent winner,” according to The Washington Post.
With President Donald Trump pushing baseless conspiracy theories to defend his refusal to concede the election, the administration reportedly has “no immediate plans” to put pen to paper.
“An ascertainment has not yet been made and its administrator will continue to abide by, and fulfill, all requirements under the law,” GSA spokeswoman Pamela Pennington told The Washington Post.
Murphy’s refusal to sign the paperwork angered Democrats since Trump has little recourse to fight the result of the election.
“Her action now has to be condemned,” Rep. Gerry Connolly, D-Va., the chairman of a House subcommittee overseeing the agency, told The Post. “It’s behavior that is consistent with her subservience to wishes of the president himself, and it is clearly harmful to the orderly transition of power.”
Biden’s team is optimistic that Murphy will come around.
“Now that the election has been independently called for Joe Biden, we look forward to the GSA administrator quickly ascertaining Joe Biden and Kamala Harris as the president-elect and vice president-elect,” a spokesman for the transition team told The Post. “America’s national security and economic interests depend on the federal government signaling clearly and swiftly that the United States government will respect the will of the American people and engage in a smooth and peaceful transfer of power.”
The refusal could lead to the first transition delay in modern history, with the exception of the 2000 recount.
Trump is waging a futile legal battle which is not expected to affect the results of the election, but it may take some time to play out. The Electoral College will formally vote to make Biden the winner on Dec. 14. An administration official told The Post that the agencies had drafted detailed transition plans but would not release them until Biden was formally declared the winner.
“No agency head is going to get out in front of the president on transition issues right now,” an administration official told The Post, predicting that agency heads would be prohibited from speaking with Biden’s transition team.
The delay reignited fears that Trump might try to sabotage a peaceful transfer of power.
“The transition process is fundamental to safely making sure the next team is ready to go on Day One,” Max Stier, the head of the Partnership for Public Service, which advisers transition teams, told the outlet. “It’s critical that you have access to the agencies before you put your people in place.”
Some unnamed Trump administration officials suggested that the transition would be allowed to move forward as long as it doesn’t become public that the president has accepted defeat.
Trump, who is superstitious and believes participating in a transition is a “bad omen,” has allowed top aides to begin the process “as long as the efforts do not become public,” according to The Post.
The delay is a stark break from tradition. Chris Lu, who led former President Barack Obama’s 2008 transition, recalled that he had planned to wake up early the morning after the election to set up the transition office and thus missed a call from GSA Administrator Jim Williams informing him he had signed the requisite paperwork.
“Jim made the call at 1 a.m.,” Lu told the Post. “There was simply no controversy involved.”
Murphy has drawn unusual scrutiny for her obscure position. The GSA signed a lease with the Trump Organization for the president’s Washington hotel, and under her leadership, refused to provide Congressional Democrats with financial information about the company in its probe of whether Trump’s ownership of the hotel stood in violation of the Constitution’s Emoluments Clause. The agency’s inspector general later found that the GSA had “improperly” ignored concerns about the Emoluments Clause in allowing the Trump Organization to keep its lease.
The GSA also abruptly canceled plans to build a new FBI headquarters, which Democrats alleged was torpedoed in order to prevent a competing hotel from being built at the current location down the street from Trump’s hotel.
Rep. Eric Swalwell, D-Calif., called Murphy’s refusal to authorize the transition work a “national disgrace.”
Dan Baer, a former Obama administration security official, warned that the delay could sabotage “the federal government’s future response to the pandemic and preparation to keep us safe from terrorism and foreign threats.”
“Every day you delay is an impairment of our ability to provide protections to the vulnerable and a successful vaccination program to all,” Yale health policy professor Howard Forman wrote. “One might almost say that blood would be on your hands.”

Trump’s newfound fury against China is an evil stunt: Don’t let him get away with it